Work with me | Order Your Own Lab Tests
0 Items

What is the Gut Microbiome and Why Is it Important? 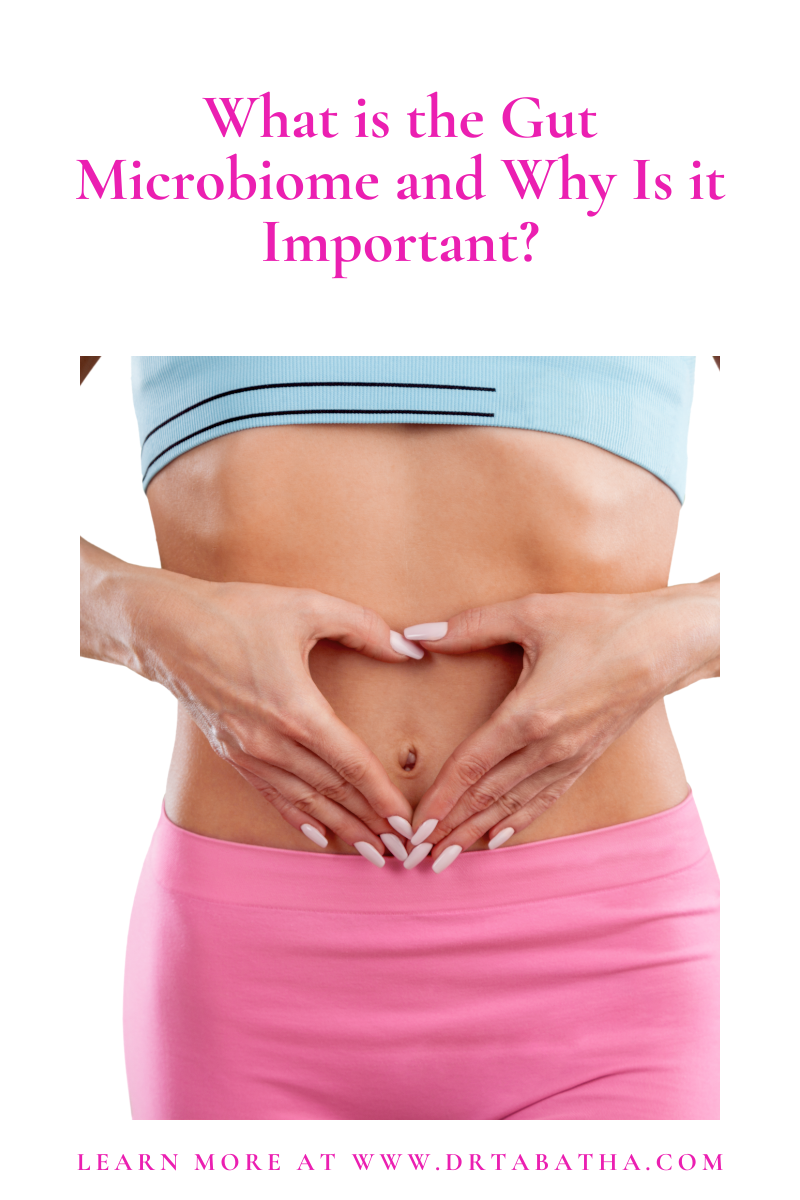 What is the Best Thing to Support My Gut Microbiome?

Your gut microbiome is made up of trillions of different bacteria, viruses, fungi (which are yeast), and parasites. Hopefully, not worms, but they can live there as well. You really want an ecosystem that’s symbiotic. This means that it’s living inside of you and you guys are working together to maintain the health and balance of your body.

We have microbiomes all over our bodies. We have skin, respiratory, gut, oral, and vaginal microbiome just to name a few. We’re also now realizing that there’s a microbiome of our breast tissue. We are still learning and understanding all of this stuff, but we definitely know that the gut microbiome runs the show when it comes to our health.

What we realize is that there is more bacterial DNA in our entire body than human DNA. We’re more of our microbiome than we are of our own self as a human. It weighs a couple of pounds and is strong, amazing stuff. So even though microscopically, you can’t see the bacteria by itself without a microscope, it’s microscopic. Collectively, it amasses quite a bit. It’s running the show and it’s important what’s living in there. One of the big ideas is that you want diversity. You want multiple different types of species of bacteria living in there at balanced levels.

Watch the video version of this blog post here.

When Does the Gut Microbiome Develop?

They’re now thinking that our gut microbiome develops before birth. They used to think that fetuses were sterile and there were no bacteria in their guts until after delivery. There is new research that things are being transferred through the placenta. Most of the colonization or the way bacteria gets put on and into your body, starts to grow and live there. That’s called colonization which usually happens through vaginal delivery. It’s really important that your mother has a healthy vagina and gut because those two microbiomes are very much related and impact each other.

So as soon as you are born through the vaginal canal, you are inoculated with different Lactobacillus, Bifidobacterium, and things like yeast. Then you start breastfeeding and you’re getting the skin bacteria that are on your mother’s breast, you’re getting what’s through the breast milk, you’re starting to touch the environment in which your hands are in your mouth and you’re starting to pick up bacteria in that way. You’re creating the microbiome that’s probably going to coexist with you for the rest of your life.

Things that Can Impact Your Microbiome

Things that can impact your microbiome are taking antibiotics. Antibiotics can not only kill off the bad guys, but they can wipe out a good healthy microbiome as well. If you’re healthy enough at baseline, and it was a one-time situation, those usually can come back online and repopulate. There is evidence that you’re never the same again after a course of antibiotics., but the majority of the research looks like you do have the ability to get back to where you were after that. The issue comes in when a lot of people are exposed to multiple doses of antibiotics throughout their life and they’re also exposed to other things that are killing off the bacteria. Alcohol, chronic cortisol production from stress, and certain foods kill the bacteria in your gut. A lot is going on to create this dysbiosis and imbalance of what’s living and what’s running the show. You don’t want a dictatorship in your gut.

I will often see patients where there’s a species of yeast running the show such as different species of Candida. Candida is an infection caused by yeast or fungi. If they’re running the show, it’s a dictatorship and it’s no longer symbiotic. You then can’t digest your food or absorb your vitamins and minerals appropriately. You also can’t make your neurotransmitters, like serotonin and dopamine, and all those feel-good balancing mood-stabilizing neurotransmitters that your brain needs to feel healthy.

One of the craziest things that I think is God made this enzyme that is produced by bacteria called Beta-glucuronidase. Beta glucuronidase will reactivate estrogens that were previously deactivated in your stool. They will cause that estrogen to be reactivated and reabsorbed. This can shift your hormone levels and change the amount of estrogen that you have circulating.

What we are now starting to understand is that our systems are all interconnected and relate to one another. The fact that bad bacteria in your gut can cause estrogen dominance and hormone imbalance is really eye-opening. It makes you really think about the need to get control of your gut health and get the bacteria back into balance. It’s never about just taking hormones, dealing with heavy periods by having an ablation or using an IUD, or taking some medicine for your PMS symptoms. It’s about trying to figure out why your hormones are imbalanced and causing all of these symptoms, and it often stems from the gut.

One of my favorite blends of probiotics is probiotics with lactobacillus bifidobacterium and saccharomyces boulardii. It’s a type of yeast that keeps bad yeast under control and it’s actually beneficial to prevent yeast overgrowth. A lot of women suffer from recurrent yeast infections. That is why I’ve created BioTame and BioLift. BioLift is the probiotic of lactobacillus bifidobacterium and saccharomyces boulardii. It’s a combination of beneficial probiotic bacteria that’s going to keep you in balance. I created BioTame because sometimes you need to kill off stuff before you try to replace and balance.

It’s really important to know if you have symptoms of overgrowth, which usually looks like bloating, constipation, diarrhea, eczema, and headaches. You can usually tell if you have some bacterial overgrowth in your gut and then you need some BioTame to tame those bacteria and yeast down. Then you want to support your good healthy bacteria.

To Wrap It Up

Symptoms are a message from the body that something’s out of balance. We can figure out what’s triggering it and what’s causing the imbalance. Don’t cover up your symptoms with pills and surgeries. Figure out what is causing those symptoms and what your body is trying to tell you. This will help you get in tune with your body and listen.